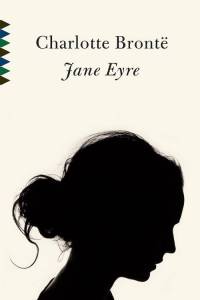 I will waste no time with summarizing a novel that is two centuries old and just jump right into this spoiler alert: I did not like this book.

What is happening? What am I missing? Why do you guys love Jane Eyre so much?!?

First, let me just say that I do not question the beauty of Charlotte Bronte’s writing. Even though I didn’t like the characters in the story, I found myself thinking about the book while I was away, wondering what was going to happen. This fact alone earns the book a begrudging 2 stars. And only 2. Because some of the chapters dragged on for an eternity, which is why I had to step away from the book for a few days to begin with.

But HONESTLY. I do NOT understand the attraction to Mr. Rochester AT ALL.

He is moody, deceitful, arrogant, emotionally manipulative, and downright selfish. Jane’s falling for him was completely unbelievable, especially considering her feminist rants! She goes from “society expects nothing of me but I am woman hear me roar,” to “yes master” within pages!

Mr. Rochester is one of the worst characters I have ever encountered.

Side bar: Bronte really articulated some intense feminist thought for the era in this book. She was way more explicit than any of Austen’s novels, and I am really confused about how she could say such things as, “I am no bird; and no net ensnares me; I am a free human being, with an independent will; which I now exert to leave you,” (ch. XXIII) and, “It is thoughtless to condemn [women], or laugh at the them, if they seek to do more or learn more than custom has pronounced necessary for their sex,” (ch. XII) yet have such a man as her romantic hero.

Speaking of whom, please consider the following as exhibits 1-4 of Mr. Rochester’s appalling character:

Lest we think this brushing over of Mr. Rochester’s character is a case of love being blind (which honestly would be bad enough), Jane likewise defends St. John’s character when he pressures her to marry him as well. What is it with these men?! St. John, like Mr. Rochester, is selfish, demanding, and obnoxious. Yet Jane, while acknowledging all of his personality flaws (his coldness, his hardness of heart, his exacting nature – at least he isn’t passionately crazy like Mr. Rochester…), repeatedly calls him “a good and a great man.”  Bronte even ends the book with a meditation on his missionary work.

I would love to read a modern, feminist retelling of this book where Jane gives Mr. Rochester and St. John a piece of her mind.

And before you object, refusing their marriage proposals on principle but then being obsessed with their bad reactions (even though you have the moral high ground) is not truly standing up for yourself, Jane.

I will say I enjoyed the beginning of the book more, probably because I was optimistic about my experience and hopeful for Jane’s. But the last third especially was a trial.

In conclusion, Gothic novels and Byronic heroes are clearly not my jam. Don’t try to change my mind.

View all posts by glitterandplato

What I’m Writing About